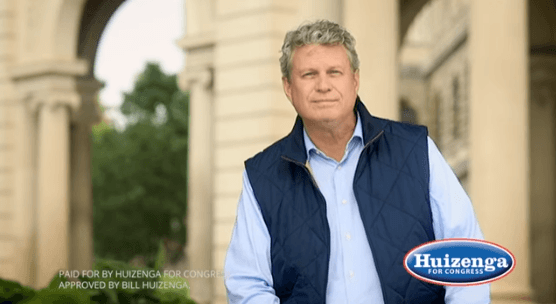 VIDEO: Bill Stands Up for Veterans and Battle Creek

In the commercial, Bill talks about the deep connection between the community of Battle Creek and its history of caring for veterans. Bill also shares his personal connection with Battle Creek by discussing how his father survived a plane crash during WWII and recovered at Percy Jones Hospital in Battle Creek.

When bureaucrats in Washington threatened to shut down the VA in Battle Creek, Bill stood up for veterans and our community by saying no!

Bill Huizenga wants our veterans to receive the best care available and he supports that care being delivered in Battle Creek, just like his dad received.

The full 30 second spot is available to watch below.