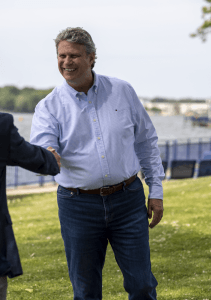 Bill Huizenga is working to cut inflation, lower prices, and help you keep more of your hard-earned money.

Bill also supports adding a balanced budget amendment to the Constitution to restore fiscal responsibility over the long term.

In his efforts to build bipartisan consensus, Bill has reached across the aisle to find areas where Republicans and Democrats agree that federal spending can be reduced over the short, medium, and long term.

Because of his efforts to reduce wasteful spending, combat inflation, and commitment to fiscal responsibility, Bill was named a 2022 Fiscal Hero by the Committee for a Responsible Federal Budget.